The Association reports that the key factor behind the abnormal fall in the prices of natural rubber (NR) since mid-January is the huge drop in the world demand caused by the COVID-19 pandemic. The world consumption of NR dropped by 15.7% during H1 2020 (Jan-Jun 2020) as per the revised estimates. The Association claims that in China alone, the country accounting 40% of the world demand, the consumption fell by 20.1% during H1 2020.

According to the ANRPC’s statistics, it is relieving to observe that the worst is almost over as far as the world consumption of NR is concerned. The world consumption is now set to enter positive territory by increasing 1.4%, year-on-year, during Q3 2020 (Jul-Sep). The consumption in China, in particular, is expected to increase by 0.8%, year-on-year, during the same quarter. Although the International Monitory Fund a week ago has further scaled down the global economic outlook for 2020, to -4.9% growth from -3.0% projected in April, the consumption sector of NR has almost returned to normal with the exception of a few countries. More specifically, NR market has almost come out of the concerns over the abnormal fall in the demand. On the supply side, COVID-19 has removed nearly one million tons of potential supply of NR from the world market.

Market sentiment, ANRPC says, is also expected to be triggered by a set of other favorable economic developments which includes the impressive performance of China’s manufacturing in June, measured in terms of the Purchasing Managers’ Index (PMI), and the U-turn taken by China’s auto sales by rising 14.5% in May after a 4.4% rise in April and 43.0% fall in March. Trends in crude oil market also stay favorable to NR.

While conditions have finally turned favorable for NR market to gain strength and return to the level it ruled during first half of January, it is important to account the associated risks as well. The concern over the possibility of COVID-19 taking a second wave, delay in implementing effective stimulus policies by governments, and increasing geopolitical conflicts can hinder the above favorable factors from getting translated into positive market sentiment.

Tyre Stewardship Australia (TSA) reports that an innovative spray-on concrete made from used tyres that can protect buildings against blast, ballistics, impact and fire has been short-listed for Australia’s most prestigious manufacturing awards. TSA supports Flexiroc Australia Pty Ltd in its research and development of this ground-breaking product, Protectiflex. Flexiroc managing director Gary Bullock says Protectiflex is a game changer: a one-stop solution that can be sprayed on buildings and structures to strengthen and protect them – and the people within them – from explosions, weapons and ballistics attacks, forced entry and fire.

Carlton Forest Group’s IRR Manufacturing is forging ahead in the pyrolysis market with the launch of an updated website to showcase its unique technology. Manufactured in South Africa, but managed by an expert team in the UK, IRR Waste 2 Energy, already has a pyrolysis plant installed and fully operational at its UK headquarters in Worksop, and is achieving outputs of energy, oil and carbon char making the process entirely circular. To demystify the smoke and mirrors media profile that pyrolysis generally has, the team has adopted an up front and honest approach; showcasing the typical processes and costs associated with installing and commissioning an IRR pyrolysis plant. Four packages are presented on the new website giving clear explanations, which can be supported by onsite visits and the technical expertise of the UK team. 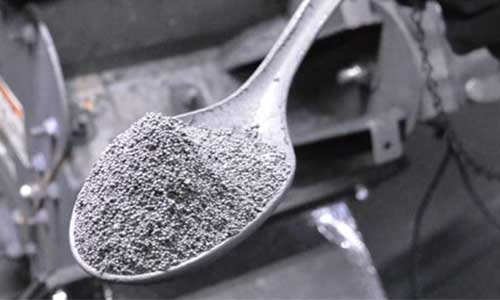 Bolder Industries increased investment in technical expertise, physical lab space, and its leadership team based on the success of its pilot programs. The Bolder Industries’ plant in Maryville, Missouri, fully commercialized the solution, accepting end-of-life tires at the gate and extracting steel, BolderBlack® (Bolder Industries' recovered carbon black brand), gas, and petrochemicals with a 98% recovery rate and a net-positive energy facility. The company reports that the net effect is a ~90% reduction of environmental impact across the board when considering greenhouse gas emissions, electricity, and water usage, and at a lower price. The company’s press release in May 2020 said Bolder Industries' patent-pending manufacturing process offered all of the petroleum-based products inside of a tire another life, revealing re-use savings.