Critics of the grant programs launched by New Zealand authorities over the decade expressed their opinion that the funded measures failed to achieve outstanding results and was moving not fast enough.

Some $20 million have been provided earlier to fight scrap tire issue in the state by the Government's Waste Minimisation Fund. However, tire clearance efforts are taking place too slow. The new group Accountability Action responsible for clearance of North Canterbury stockpile has also been accused of lack of progress.

To solve the problem of waste tires, Tyrewise was launched almost a decade ago. That’s the organization that later suggested introducing a stewardship program to the environmental authorities. According to the proposal, it was important to prevent tire dumps and stockpiles by adding the cost of their disposal into the price of a new tire unit.

The Ministry for the Environment allocated over $700,000 in funds to Tyrewise before 2015. In addition, three more initiatives received similar investment. However, companies that were in charge of pyrolysis plant development and were advancing recycling projects had been liquidated.

The New Zealand authorities also paid $100,000 to KPMG ordering analysis of the economic pitfalls that may hamper tire recycling. The research established that three crucial barriers existed. They listed lack of funding and scale, and absence of wide market for recycled tire products.

To tackle the challenges, the Waste Minimisation Fund granted over $18 million to initiatives that would be able to fight these problems. As a result, the biggest share (over $13 million) were provided to Fletcher Concrete and Infrastructure Ltd. And $3.85m were received by a state collector Waste Management New Zealand. Group Ltd's Tyrewise initiative received the smaller grant for its efforts to study mandatory product stewardship. 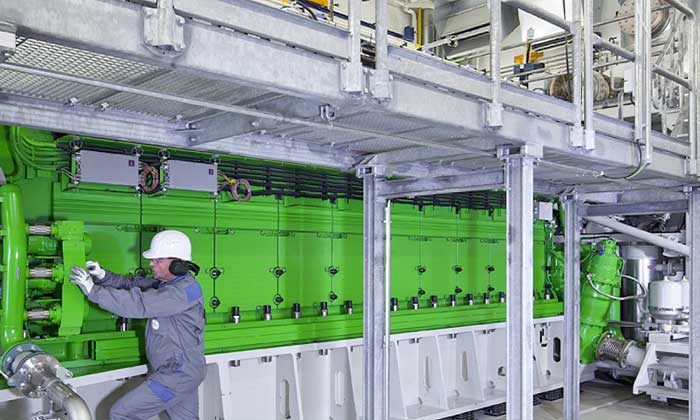 The parties plan to complete the DFS by the end of June 2021 and anticipate the project being financed before the end of 2021, with construction taking place in 2022 and operations starting in 2023. It’s envisioned that with Klean’s intellectual property and know-how for the processing of scrap tires and its ability to apply its proven portfolio of IP on a global basis, starting with an operating tire recycling facility in Greece will shorten the project development cycle. This project is expected to transform end-of-life tires into high quality, valuable raw materials primarily a high grade recovered carbon black (“rCB”) and recovered fuel oil or what is known as pyrolysis oil akin to an MDO oil. This plant will be fully integrated with Klean’s proprietary tire char upgrading system that enables the economic conversion of low-value tire char into high-value carbon black replacements which can replace virgin Carbon Black by volumes of 10% up to 100% depending on the specific application. Klean estimates that the carbon emission offsets from the Pyrolysis Hellas facility will be in excess of 100,000 metric tons annually. 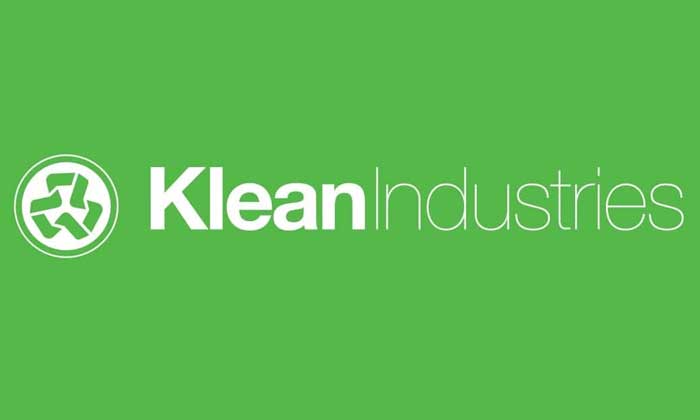 Klean Industries Inc., a cleantech company specialized in the conversion of waste into energy and recovered resources, announced in mid-January 2021 that they have been nominated for an award in the Business Innovation category of the first edition of The Recircle Awards. As a technology pioneer, Klean say they recognize the challenges of creating, financing and successfully deploying innovative technologies that reduce the consumption of virgin resources and recovery of valuable materials and energy from end-of-life tires. As one of the pioneers in the advanced thermal treatment of scrap tires, waste plastic and municipal solid waste, Klean continues to advance its technology offering for its customers and new clients alike with the rollout of the KleanLoop™ Blockchain DApp and its Distributed Ledger Technology (“DLT”). 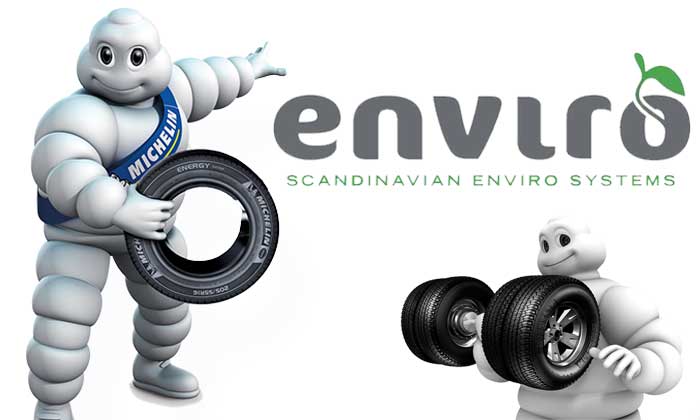 Scandinavian Enviro Systems (Enviro) – a Swedish tire pyrolysis equipment supplier and operator – reports it has received an order from Michelin for engineering services and technical documentation at a value of approximately SEK 4 million (EUR 400,000). According to the company, the order includes engineering services as well as documentation for Enviro’s patented technology for material recovery of end-of-life-tires and form a basis for the negotiations about a strategic partnership, which the parties have been engaged in since April 2020.