Over the past year, Scandinavian Enviro Systems AB (publ, “Enviro”) has noticed a dramatic increase in interest in the oil — known as pyrolysis oil — that the company can extract from end-of-life tires using its proprietary technology. The oil has a high bio content due to the natural rubber in tires, and in the company’s opinion is therefore of great interest to many players in the market because it could replace fossil-based alternatives.

“Based on the market response and our own calculations, we judge that the oil recovered from end-of-life tires could contribute to a strong increase of revenues from recycling plants that use our technology,” says Thomas Sörensson, CEO of Enviro.

In Enviro’s opinion, the increasing demands by the capital market and consumers for sustainability and tightened regulatory requirements have led to greater demand for alternatives to fossil-based raw materials in several industries, including the refining and chemical industries. The dramatic increase in interest in this recovered oil, and the indications relating to prices and demand that Enviro has obtained mean that the company has now adjusted its calculations of potential revenue streams from a recycling plant based on Enviro’s technology.

“The changed market conditions mean that the recovered oil will have a strong positive effect on the revenues from a plant. We are now of the opinion that it could contribute to a strong increase of the previously calculated revenue, which was stated at approximately MSEK 110 per plant and year,” Thomas Sörensson says.

An end-of-life tire could contain as much as 50 percent oil, and since it comes largely from natural rubber it has a high bio content. Re-using the oil will thus reduce negative impact on the environment and the climate. Oil with high bio content is extremely attractive in the market. A recycling plant based on Enviro’s standard model can process approximately 30,000 tons of tires per year, recovering a commercial volume of approximately 14,000 tons of pyrolysis oil. Over the past year, Enviro also invested in increasing the recovery rate for oil, and started several projects in partnership with Rise, the state-run research institute in Sweden, and several international players in the oil industry, in order to expand the field of applications for pyrolysis oil through refining.

Enviro now intends to intensify its activities to certify the recovered pyrolysis oil to make it even more commercially viable. The company will also conduct a life cycle assessment (LCA) of the oil to verify its environmental benefit, as well as a more detailed study of its content. Furthermore, the company intends to certify the pyrolysis oil in accordance with the EU’s REACH environmental regulation, which will facilitate trading in and transportation of the recovered oil.

In April 2020, Enviro signed a letter of intent regarding a strategic partnership with the global tire manufacturer Michelin. In connection with the signing, Enviro carried out a directed share issue (private placement) to Michelin, whereupon Michelin became the largest owner in the company with 20 percent of the shares. 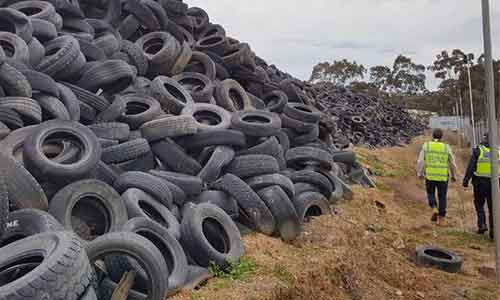 The National Waste and Recycling Council (NWRIC) of Australia reports that there has been a public exposure of a huge tyre stockpile in Brisbane, Queensland, highlighting the shortcomings of existing government regulations and loopholes in the voluntary Tyre Stewardship Australia Scheme as to preventing potentially hazardous end-of-life tyre stockpiles. NWRIC CEO Rose Read said the stockpile was an example of how public confidence in tyre recycling schemes and payment of waste levies could be undermined. 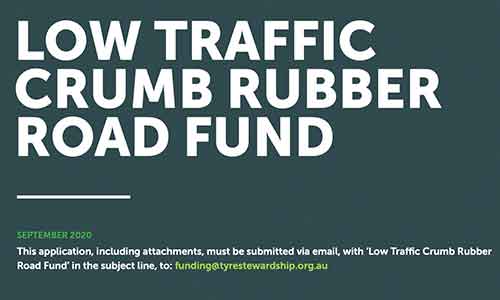 On Spetember 10 2020, Tyre Stewardship Australia Limited proudly announced the release of the Low Traffic Crumb Rubber Road Fund (LTCRRF), aimed at encouraging the use of Crumb Rubber (CR) in low traffic asphalt roads across Australia. This fund, open to Local Councils and other eligible organisations, is to support these entities to: – Install, upgrade, or maintain low traffic roads with CR asphalt – Implement the new Victorian specifications – Progress the development of low traffic road specifications in other states and territories around Australia 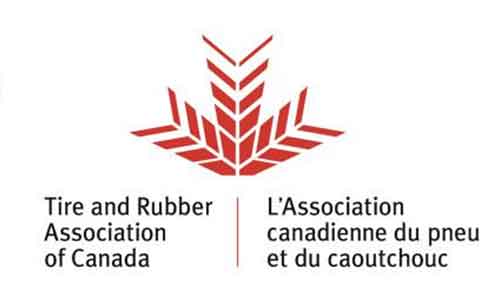 The Tire and Rubber Association of Canada has recently announced the appointment of Carol Hochu as incoming President & CEO. Ms. Hochu brings a lifetime of experience and successful track record of leading Canadian associations and non-profit organizations. Most recently, she led the Canadian Plastics Industry Association as President and CEO for nearly a decade, and prior to that she served as Executive Director of the Ontario Electronic Stewardship. As an accomplished association executive, in all her past roles Ms. Hochu served as a passionate industry advocate who successfully raised industry profiles and advanced important industry issues with key stakeholders, influencers, and government; and she expertly navigates all aspects of association management, including government, member and public relations.