The scheme is targeting 1,000 collection points by the end of 2021, the magazine says. Bike shops, hire-schemes, bike repair centres and retailers across the UK have signed up to recycle all their scrap tires and inner tubes with Velorim. 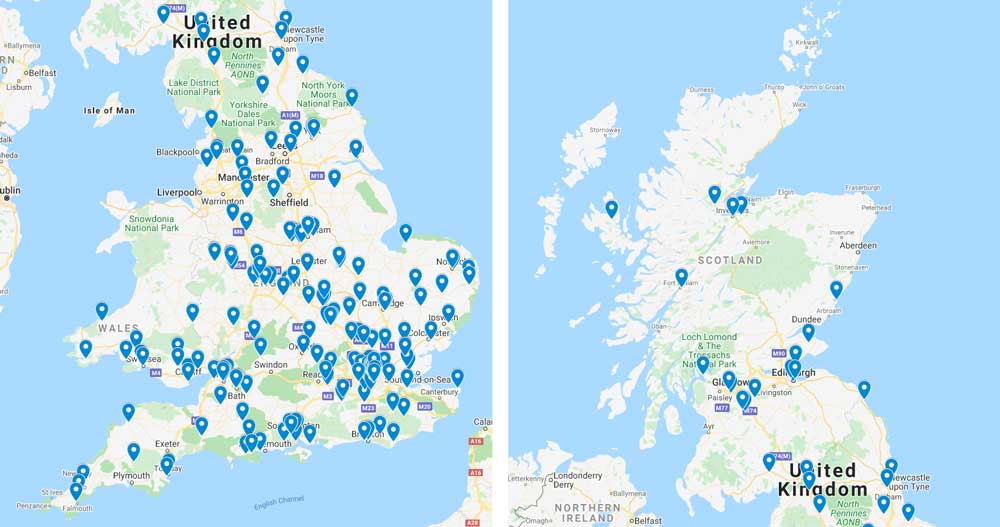 Velorim centres in the U.K. | Image by BikeBiz.

Velorim CEO Dave Hawthorn stated: “We are truly delighted that such a large proportion of the cycle trade has embraced the scheme so enthusiastically. It is important though, that as many as possible do their part by joining the scheme, particularly as much of the down-stream recycling and reprocessing operations are volume-dependent. The more tires we collect – the more sustainable the whole scheme becomes.”

Businesses that agree to become local collection points do so at zero net cost to them, being able to pass on a recycling levy to their customers. Velorim recommends 50p per tire and 20p per inner tube. Madison, which is sponsoring the trade launch of the scheme, is providing point-of-sale merchandise to help convey this message to customers. This is currently available free of charge.

The recycling scheme, which is run by Velorim Limited, is the result of several years of academic and technical research. Its aim is to reduce the estimated 44,000 tons of scrap bike tires and inner tubes that end up in landfill every year in the UK alone.

The magazine says that any Velorim centre can be found by entering a postcode at velorim’s official website.