In July 2021, Black Bear Carbon (BBC), the Dutch technology provider for recycling end-of-life tire rubber into recovered Carbon Black (rCB) and renewable petrochemicals, announced that is had successfully completed a first closing of €7.5M , this is the first step in a fundraising campaign of €78M for its new BBC flagship plant at Chemelot Industrial Park, the Netherlands.

Álvaro Torres Centellas, Business Development Manager at Chemelot, showed Victor Vreeken, Geert Glimmerveen and the NEOS team around the site and showed the plot where the Black Bear Carbon factory will be located. The partners discussed the Chemelot strategy and its plans for the future. 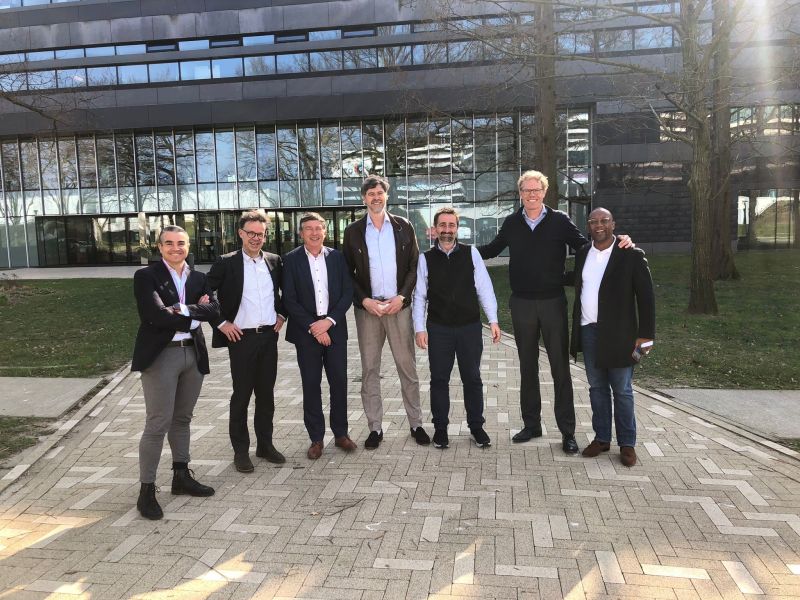 Black Bear Carbon is a green, recovered carbon black (rCB) manufacturer that produces carbon black using end-of-life tires instead of fossil oil as a resource material. Black Bear chooses to change the industry with breakthrough technology and with passionate people; because we believe that we can save considerable amounts of CO2 in the carbon black market, solve the waste-tire problem and operate a profitable business at the same time. Carbon black is a crucial component in rubber, plastics, inks and paints and is used to modify their mechanical and chemical properties into usable products. Almost everything that you see around you that is black in color has carbon black in it. Current manufacturers produce carbon black by combusting oil (the “furnace process”), emitting CO₂ and thereby polluting the environment. Black Bear recovers carbon black from used tires in a clean and sustainable way. Black Bear plans to lead the transition towards a circular economy for tires by rolling out hundreds of tire upcycling plants with local partners around the world, focusing on Europe for its next plants. When it reaches its full potential of repurposing every end-of-life tire with its circular solution, Black Bear will reduce global annual oil consumption by more than 215 million barrels. After an extensive period of experimenting and testing and with a few years production experience, Black Bear is now ready to roll out its concept worldwide and start producing on large commercial scale.