Planned plant has capacity to recycle half of all end-of-life tires in Sweden.

Scandinavian Enviro Systems (Enviro) – a tire pyrolysis equipment manufacturer and operator – reports in its press release that it will submit a proposal for consultation documentation to the county administrative board in Västra Götaland ahead of a future permit application for a new recycling plant for end-of-life vehicle tires. The consultation pertains to the establishment of a new facility to be located in Uddevalla Municipality with an annual capacity to recycle half of all end-of-life tires in Sweden. 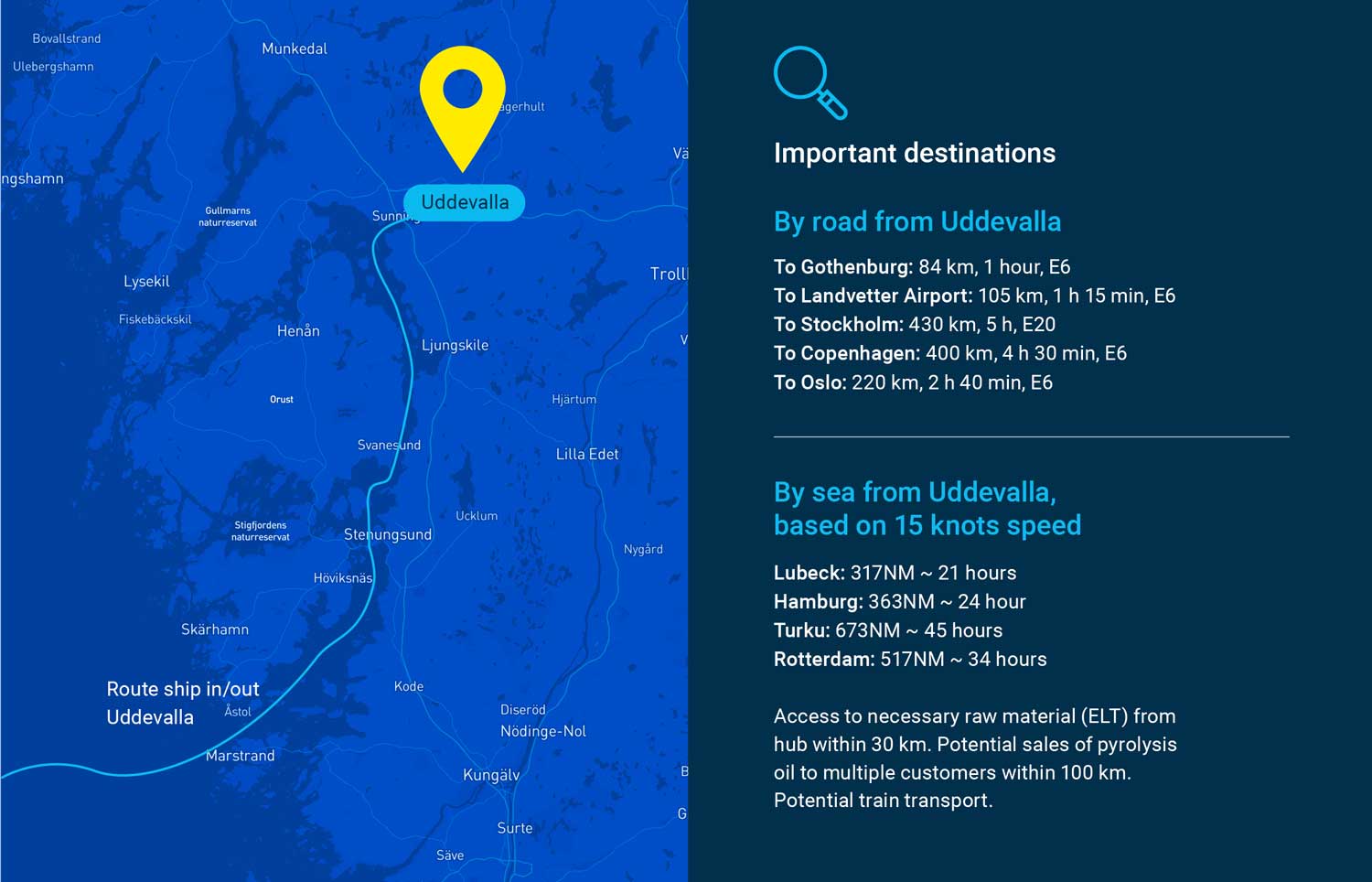 Enviro has previously communicated its aim to ultimately establish about four new recycling plants per year over the next ten years. The company has stated that West Sweden and Central Europe are its initial priority markets and has now identified an industrial site in Lillesjö, in Uddevalla Municipality, as potentially suitable for establishment of a new recycling plant in West Sweden. Since 2013, Enviro has operated a wholly owned recycling plant at Åsensbruk, in Mellerud Municipality, with a permit for recycling a maximum of 15,000 tons of tires per year. The planned facility in Uddevalla is estimated to have a maximum capacity of 60,000 tons of tires per year, which would suffice for the recycling of half of Sweden’s total annual volume of end-of-life tires. The planned new facility will not affect the operations at the plant in Åsensbruk.

The documentation that has now been produced for consultation will be followed up by a formal application for permission to establish the plant. It is expected that the permit application will be submitted in early autumn. A final decision on establishment of a plant is also dependent on several other factors, such as securing access to end-of-life tires and agreements covering deliveries of recovered materials.

Enviro has developed a patented method for the recycling of end-of-life vehicle tires that makes it possible to recover constituent components such as carbon black, oil and steel. Carbon black is an oil-based component that is central to the production of new tires, and tire production using recovered carbon black has major positive environmental consequences. A life cycle analysis conducted by the Swedish Environmental Research Institute (IVL) shows that tire production using carbon black that has been recycled using Enviro’s method could lead to 79-84 per cent lower greenhouse gas emissions, compared with production using virgin carbon black. The recovery of steel and oil also has a positive impact on the environment. Enviro has entered into a strategic partnership with the French tire manufacturer Michelin, which is Enviro’s largest owner since April of last year.

According to Enviro, a future recycling plant in Uddevalla would not only contribute to reduced environmental impact, but would also lead to the creation of new industrial jobs.

“Naturally, the exact number will depend on the size of the plant and the volumes that we recover, but there is no doubt that this type of facility generates new jobs,” says Thomas Sörensson, CEO of Enviro.