Gradeall makes the tyre baling process as efficient as possible

Gradeall International – a renowned supplier of tyre bailing and tyre recycling technology from Northern Ireland – reports that its MK2 tyre baler has been a successful product for the company and its clients. In production for over 10 years, the MK2 tyre baler has found customers across the globe.

One thing some customers have found during the baling process is that regular PAS108 tyre bales are slow and laborious to load into a shipping container. While PAS108 bales are great for civil engineering applications the usage bales for construction has been rather limited bringing into question the need to produce bales to that specific size.

The actual bale size is not really important to tyre recycling plants, the MK3 tyre baler has been specifically designed to make bales that fit into shipping containers to make transporting tyre bales to recycling plants as straightforward and as efficient as possible. 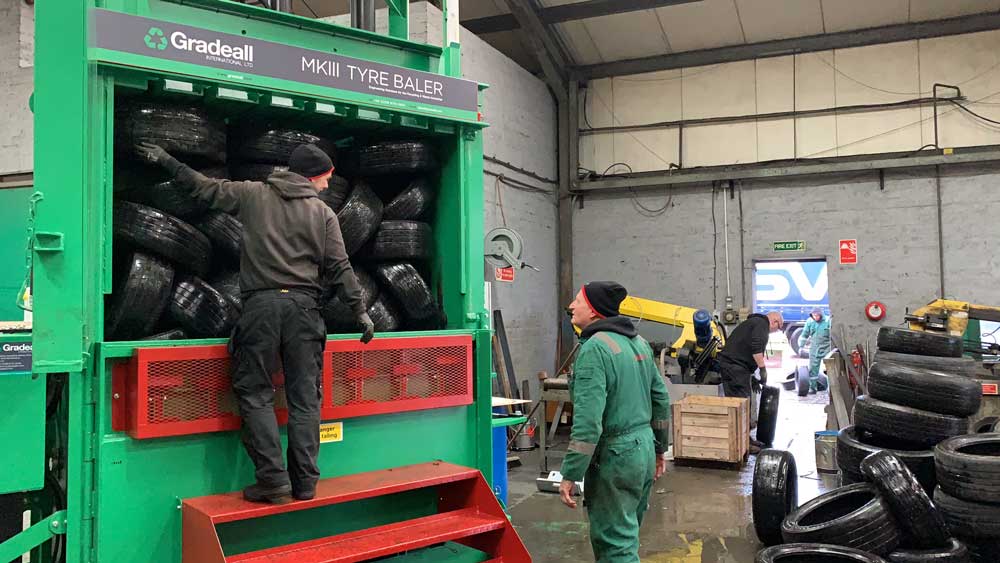 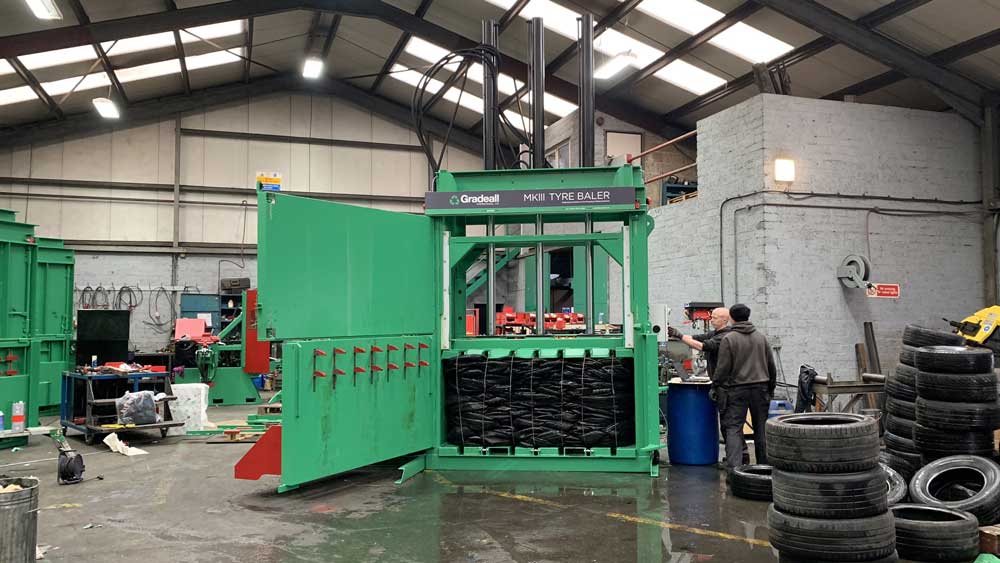 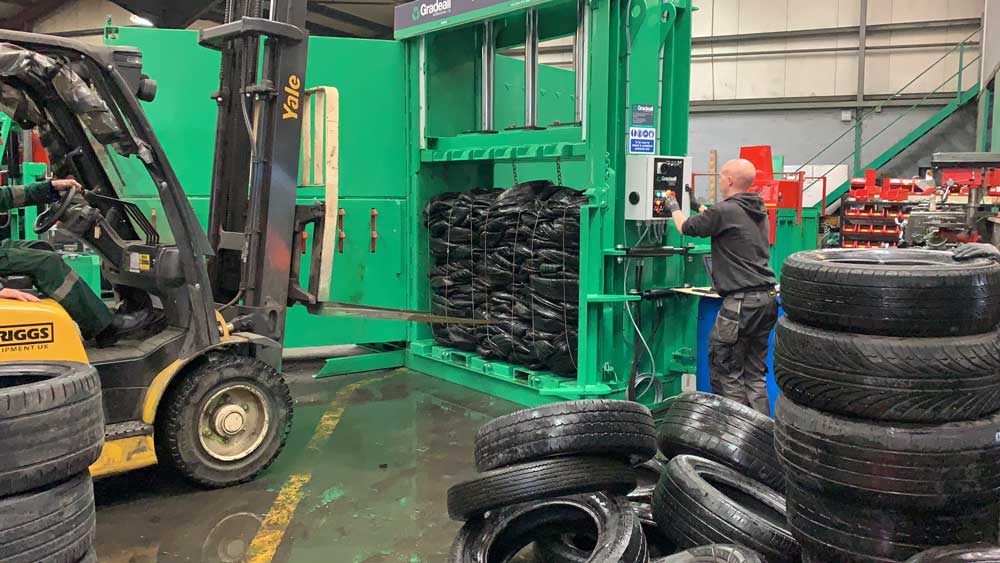 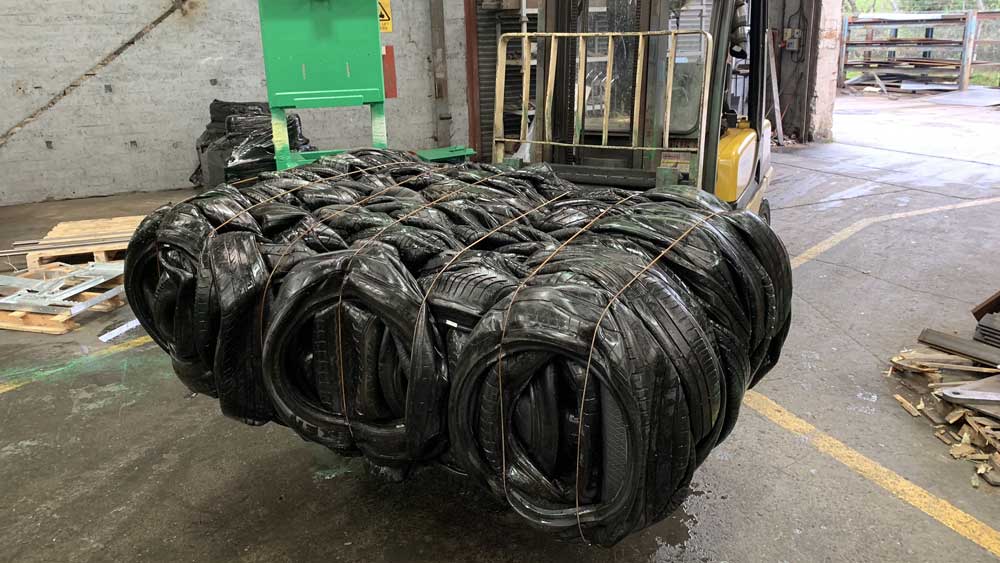 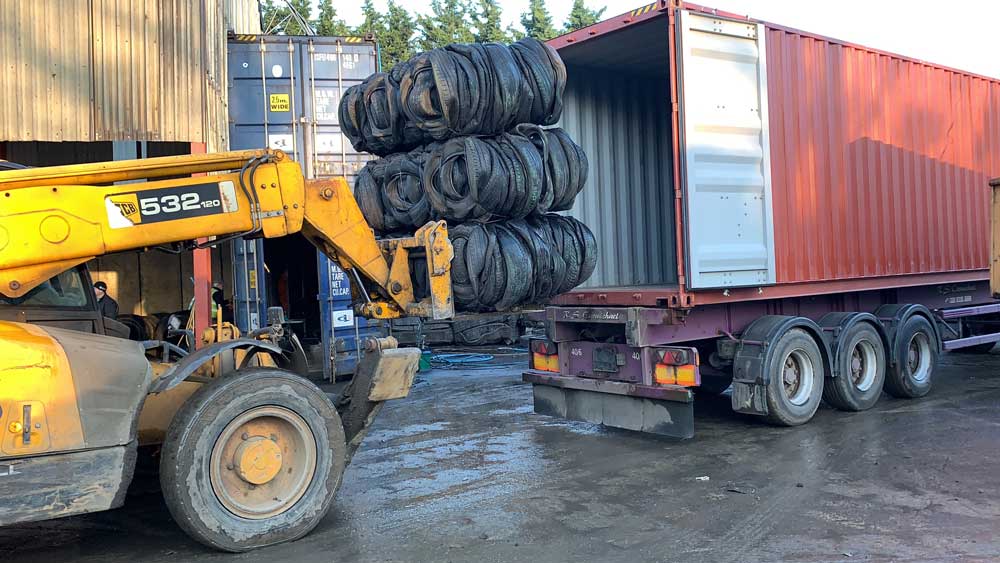 Tyre bales are transported via shipping container to a tyre recycling plant. With a standard PAS108 bale, it requires 3 bales to be stacked on top of each other and one bale loaded in beside it vertically. It is turning the 4th bale vertically that significantly adds time to the container loading and unloading process.

The MK3 tyre baler is the solution, it produces tyre bales specifically to go into the width of a standard shipping container, with ample space to spare to ensure bales are also easy to remove.

Gradeall says it has had several MK3 tyre balers at a number of sites undergoing extensive testing for over 2 years now. With customers of the baler extremely pleased with the reliability, durability and improved efficiency that comes with the baler. It reduces bale wire costs, shipping, and handling costs. All with the same ease of use and longevity the MK2 tyre baler has been known for.

The increased speed at which the MK3 tyre baler can produce bales has also opened up the avenue for a conveyor to feed tyres to this baler to minimise time lost due to operators searching for more tyres.

To learn more about the technical specifications of MK3 tyre baler and inquire for price, please proceed to Gradeall’s website.