An online magazine “The Better India” reports about an entrepreneur based in Pune, India, who turned her cash prize from ‘Startup India’ into a footwear brand Nemital that uses recycled end-of-life tire rubber.

“I was in my last semester to complete post-graduation in renewable energy from The Energy and Research Institute (TERI) and started hunting for a job in the renewable energy sector,” Pooja Apte, the 28-year-old entrepreneur, recalls for The Better India.

“During the process, I learned there are not many people working in the field of upcycling textile and plastic. I decided to work on tires and started experimenting,” she says.

“I did a lot of research on scrap tire businesses. But all of them required huge capital investments with late returns. For example, through pyrolysis, one can make commercial fuel oil, recovered carbon black and construction rods. But all of that requires heavy investments, and if the chemical process does not happen properly, it only leads to pollution,” Pooja said.

“The government also banned reusing tires for safety reasons, and these discarded tires are non-biodegradable. So I felt I needed a solution to the problem as well,” Pooja said.

While continuing her research, Pooja came across certain African communities using discarded tires as footwear, and that is when the idea struck. This particular idea did not require any chemical processes, and it was feasible to enter the commercial (B2C) sector. 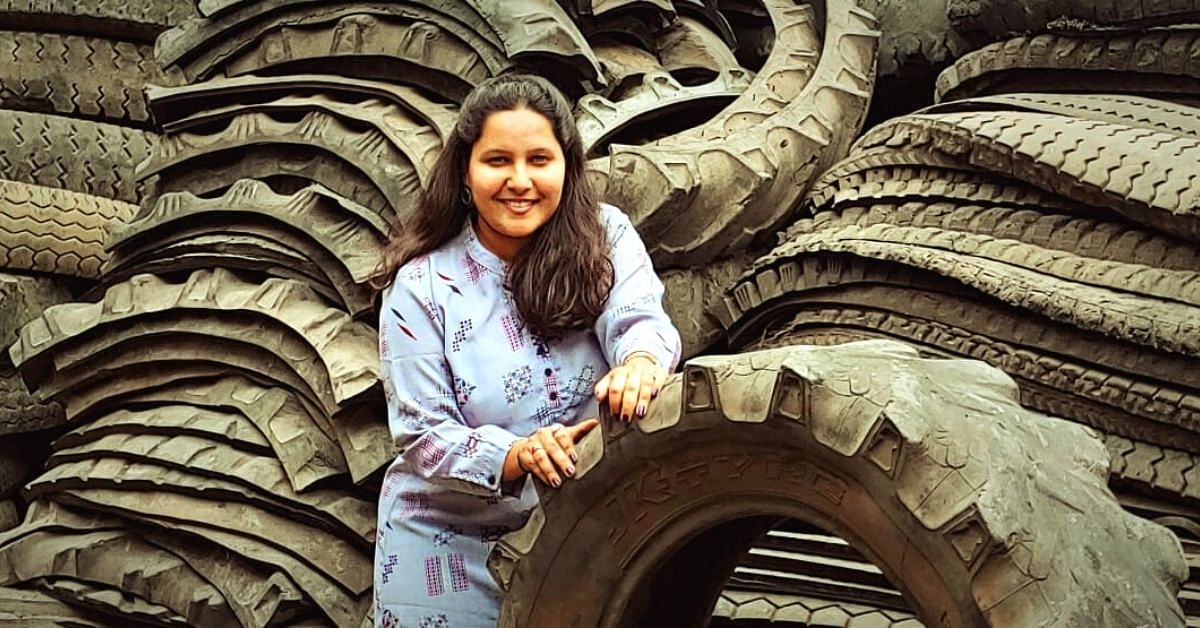 The young entrepreneur brainstormed, and then came up with a footwear model that had a better design and more applicability than the examples she saw from Africa. It didn’t take her long to come up with a commercially acceptable type – made from truck tires.

After a couple of initial prototypes and working with a mentor, she presented her idea at ‘Startup India’ – a series of conclaves held across the country for budding startups. “I got the prototypes made from a roadside cobbler,” she recalled.

“In November 2018, I won Rs 50,000 in the ‘Upcoming Woman Entrepreneur’ category, organised by the Maharashtra State Innovation Society. Thus the brand ‘Nemital’ under the company ‘Blink Green’ was born,” she said.

Graduating in December later that year, Pooja dedicated all her time to grow her business. After getting a boost of confidence by selling one pair of bridal footwear in April, Pooja said that in June 2019 she officially started her business. 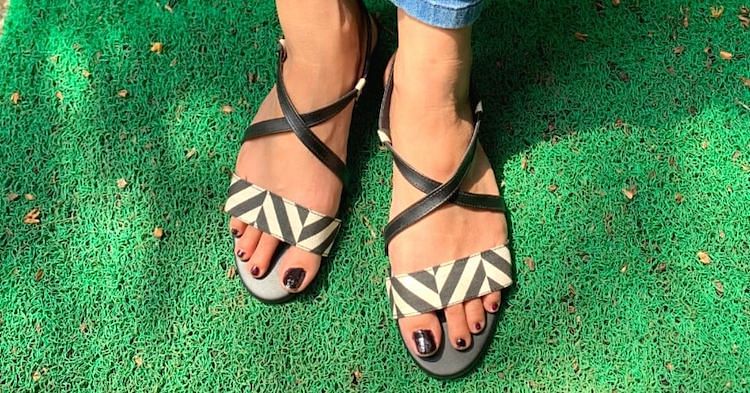 “I took my orders on social media. I have sold about 1,000 pairs in the past one and a half years – upcycling 400 kg of scrap tyres,” Pooja says.

“Initially, I focussed on basic comfort and design. But over the last few months, my footwear is evolving to cater to different varieties and foot sizes,” Pooja said.

The earlier models were also quite heavy. “Now, I have found the right thickness and type of tyre to be used. The sole is much lighter. The footwear is the same in terms of quality as any other brand with an added benefit that it lasts longer,” Pooja said.

“I have been wearing the same pair since April 2019 and continue using it. I am practically bored with it now.”

Nemital offers Kolhapuris, Mojris, sandals and even heels. “I sourced the scrap tyre from an old ragpicker lady. Another source to procure is from a company involved in pyrolysis, a process to recycle used tyres,” Pooja said.

The footwear is priced between Rs 600 and Rs 1,000. The cost increases with the complication of the design and the requirements of customers. 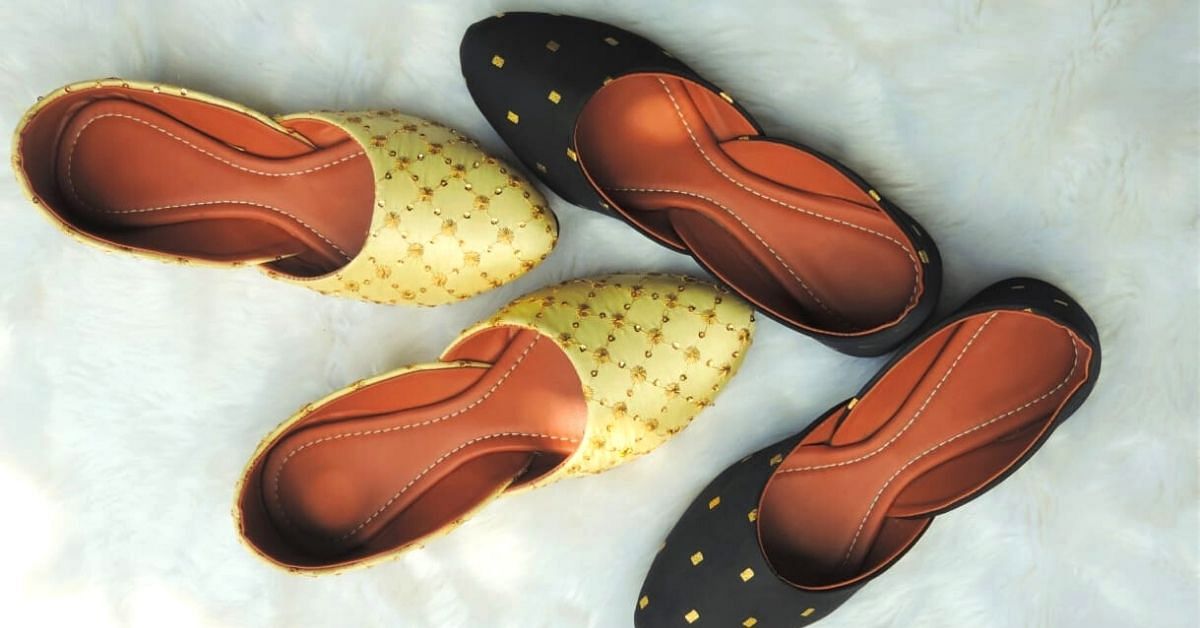 Over the last few months, Pooja has slowly expanded her team. “I still get my footwear done from cobblers and have hired five karagirs (artists) on a contract basis. I also have a full-time designer working as creative head,” Pooja says.

Much of her clientele comes from Mumbai, Thane, Pune and Andhra Pradesh – among other states.

“I used to earn more than Rs 50,000 a month until the Covid-19 lockdown halted the growth in March. But the sales have started picking up from September,” Pooja said.

About plans in store for the venture, Pooja said, “I want to focus on exploiting the Indian market in the current year and reach out to the global market in the next year.”

Original article by The Better India.