KURZ Karkassenhandel GmbH is one of the oldest leaders in end-of-life tire recycling in Germany who has been committed to environmentally friendly and responsible waste tire disposal for years. The company has been dealing with professional waste tire disposal since it was founded in 1955 and it maintains and uses long-standing national and international contacts. In 2020 the company celebrated its 65th anniversary.

This month, Karl Kurz – the person who established the company and brought it to success, retired from the company. Spending over 65 years in the industry, Karl Kurz built a company which is one of the most recognized tire casing and tire recyclers in Germany. 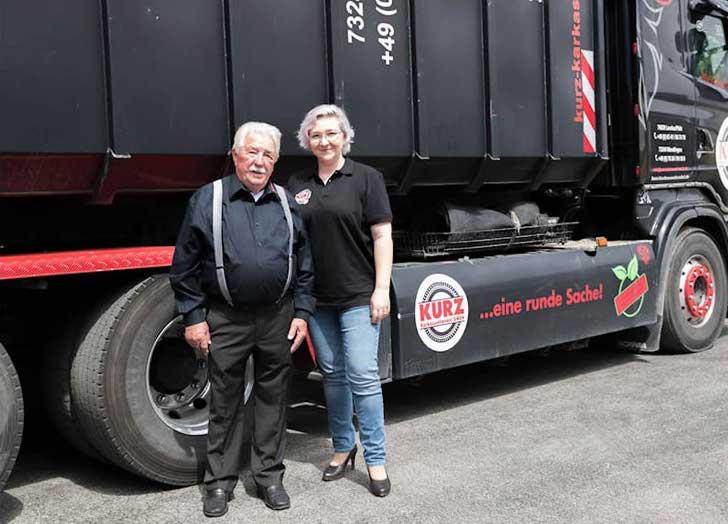 Turning 89 years old, Karl Kurz is in good health and has now handed over responsibility for the company completely to his grand-daughter Hanna Schöberl, who has been Managing Director since 2017 and has been with the company for more than ten years.

Looking back on his life and work with satisfaction, Karl Kurz says he is grateful that he has been able to give the industry so much impetus that he has navigated the company over all the years despite the ups and downs and that he now has a successor who has taken over the reins and leads the company according to his will. Together with his wife Mathilde, with whom he celebrates a Golden Wedding anniversary, he will enjoy his new-found leisure time.

KURZ Karkassenhandel GmbH is a certified end-of-life tire recycling company and has been dealing with professional waste tire disposal since it was founded in 1955.

The company maintains and uses long-standing national and international contacts. In 2020 the company will celebrate its 65th anniversary. All information and contact details relating to Kurz can be found on the Kurz Karkassenhandel website.