Scientists at Flinders University in Australia have developed a new type of rubber that is “super-adhesive” and that, when combined with a special catalyst, becomes self-healing.

According to recently released news, researchers in Australia created the rubber using only end-of-life materials, including sulfur, canola cooking oil and dicyclopentadiene from petroleum refining. This rubber, when damaged, is able to quickly repair itself at ambient temperature using an amine catalyst. In matter of minutes, damaged rubber, reportedly, gets as strong as before. The fully recyclable rubber material, in theory, can serve as a sustainable solution to a variety of industrial and environmental problems, including the problem of used tires, which are clogging landfills all over the globe.

The lead researcher and an associate professor at Flinders University in Australia, Justin Chalker said in a news release that "…this study reveals a new concept in the repair, adhesion and recycling of sustainable rubber."

The research is described in the journal Chemical Science. As the technology uses only end-of-life materials, it could help decrease carbon footprint by tire manufacturing industry. Currently, tires are made from steel, textile and rubber, and producing these raw materials demands significant amounts of energy and causes pollution. 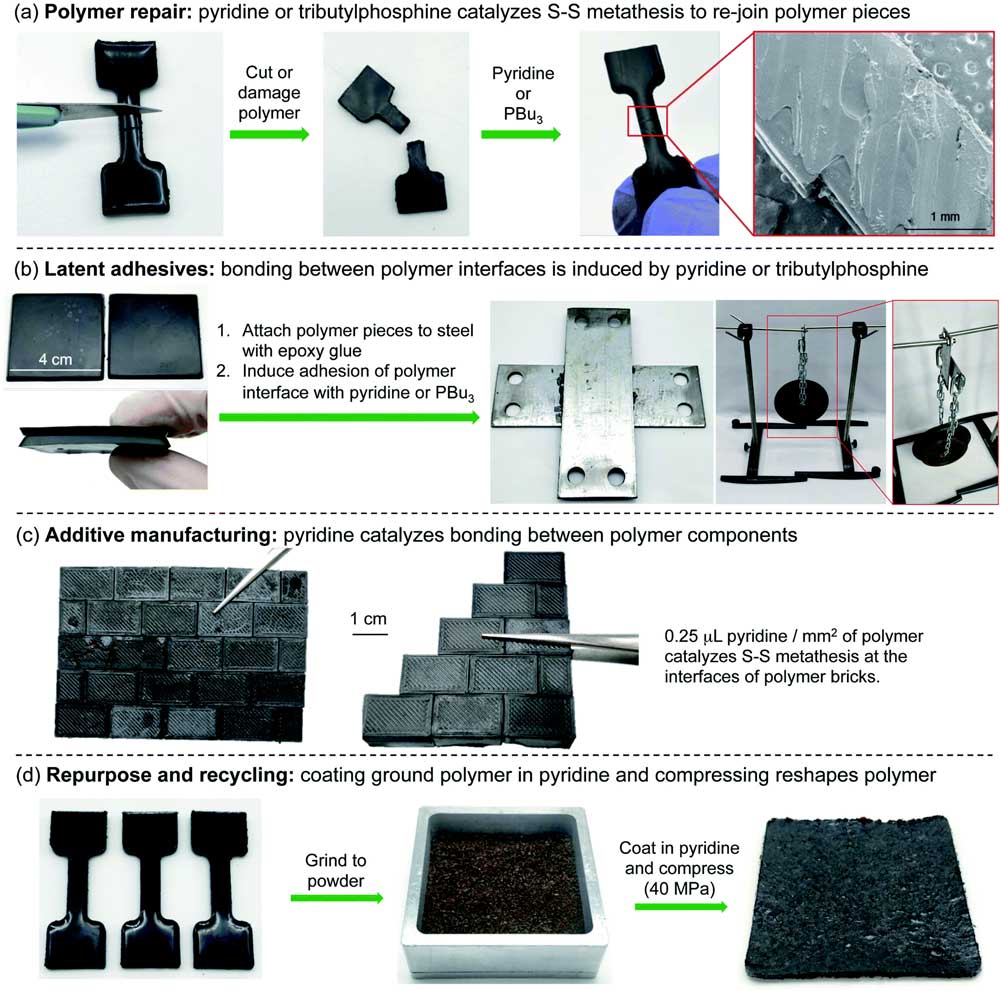 According to scientists, the new rubber material could be used in a variety of applications, not just for tire manufacturing. "It is exciting to see how the underlying chemistry of these materials has such wide potential in recycling, next-generation adhesives, and additive manufacturing," said Chalker.

Reportedly, the catalyst used to self-repair rubber could also be used to create industrial-strength adhesive. "The rubber bonds to itself when the amine catalyst is applied to the surface," said University of Liverpool researcher Tom Hasell. "The adhesion is stronger than many commercial glues."

The rubber is also resistant to water and corrosion. Researchers claim the polymer could be formed into bricks and fused together using the amine catalyst.

To learn more about the research, please visit the website of Royal Society of Chemistry.