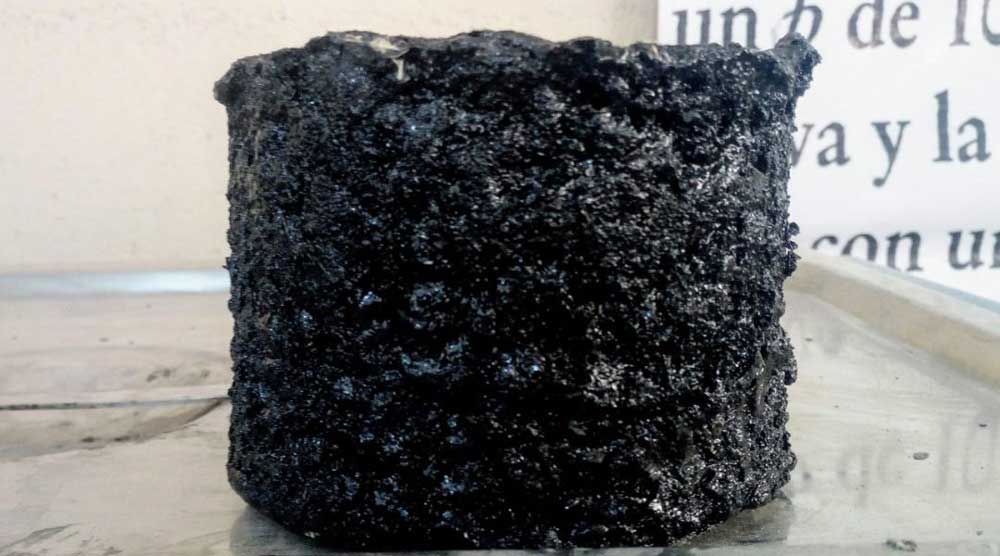 Photo: courtesy of The Mind Unleashed.

A student from Mexico has created a self-repairing asphalt made out of recycled rubber from scrap tires and special additives, which help asphalt escape damage caused by rainwater. Moreover, rain would result in repairing roads as it would serve as a recovery agent, according to the innovation inventor, The Coahuila Autonomous University student Israel Antonio Briseño Carmona.

The self-repairing pavement material created by Carmona mostly consists of end-of-life tires, thus, it is probably the first type of asphalt with recycled tire rubber that can, reportedly, handle damage caused by water, such as cracks and potholes, in the long term. The repairing effect is reached by making special mix with additives that resembles a putty capable of tackling cracks on roads as it creates calcium silicates. The most conventional solution to tackle water problem is combining concrete with bacteria that can produce limestone; this mix will also make the asphalt self-repairing.

A patent for the scrap tire innovation was granted to the Mexican student in April. In patent, the solution is named Paflec. The scrap tire mixture has not yet been applied in road development projects. To change that, Carmona is currently advancing his plan as part of which he is expected to meet engineers. Once he gets their endorsement, he would seek certification of the construction system and consent from the Secretariat of Communications and Transportation of Mexico.

Article by The Mind Unleashed.