Month by month, our Weibold Academy series touches different topics from the world of tire recycling and highlights different sides of running this business. If you have missed our previous articles, you can find links in the end of this post.

This September, Robert Weibold attended the First International Cooperation Summit on Tire and Rubber Recycling in Kunshan, China, on 16 and 17 September 2019. The event gathered industry participants from all over China, as well as from the European Union, the United States and other countries. Proclaimed by Zhu Jun, the president of China’s Tire Recycling Association (CTRA), the motto of the summit was “Environment first, Resources second; no mercy to polluting technologies”. As he and many other speakers asserted, China had gone a huge transformation in the tire recycling industry over the last 10 years.

In his speech, the president noted that the association had been established by the government in 1986 as the only organization dedicated to tire recycling in China. Since then the association bears tremendous responsibility trying to speed-up scientific developments and open new market opportunities, all being in line with the central government’s policies. Especially serious did regulations become in 2019 when the Chinese government issued clear guidelines on reuse and recovery of materials from end-of-life tires. This resulted in driving up number of pilot projects and over 80 companies in China have already published their notices on innovative approaches in reusing end-of-life tire rubber. Still, the president stresses, industry members are making concerted efforts to accelerate progress in the tire recycling sector.

Following example of OECD countries, China aims at achieving inclusion of fine rubber powder in civil engineering applications and enhancing properties of rubberized asphalt – potentially, one of the biggest rubber powder consumers besides reclaiming and devulcanization technologies. To support the industry, Chinese government already tries hard to make environmental protection and resource recycling a standard throughout many industries. The president pinpointed that despite the need in resources, environmental protection remains the biggest priority and China is willing to learn from other countries which developed successfully performing environment-friendly technologies, bridging innovation in industrial development with environmental conservation and sustainability.

Further, circular economy approaches were discussed during the summit. Delegates kept pinpointing that China currently produces over 30% of the world’s tires and, therefore, bears a huge responsibility for environmental consequences. In addition, the country consumes some 85% of world’s natural rubber and some 30% of world’s synthetic rubber. It was highlighted that Chinese tire manufacturing sector’s annual output amounts to some 1 billion new tires and this results in approximately 600 million of end-of-life tire arisings. According to Wang Xuanping from China’s Tire Recycling Association, Extended Producer Responsibility (EPR) system is the key for success of tire recycling in China. But opposite to Europe, Chinese tire recyclers are not being paid for accepting tires. They have to pay for end-of-life tires. 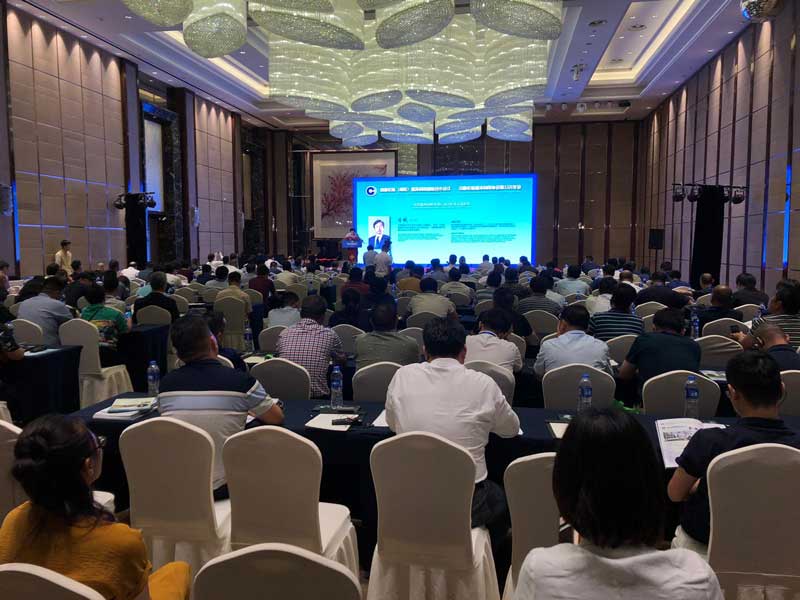 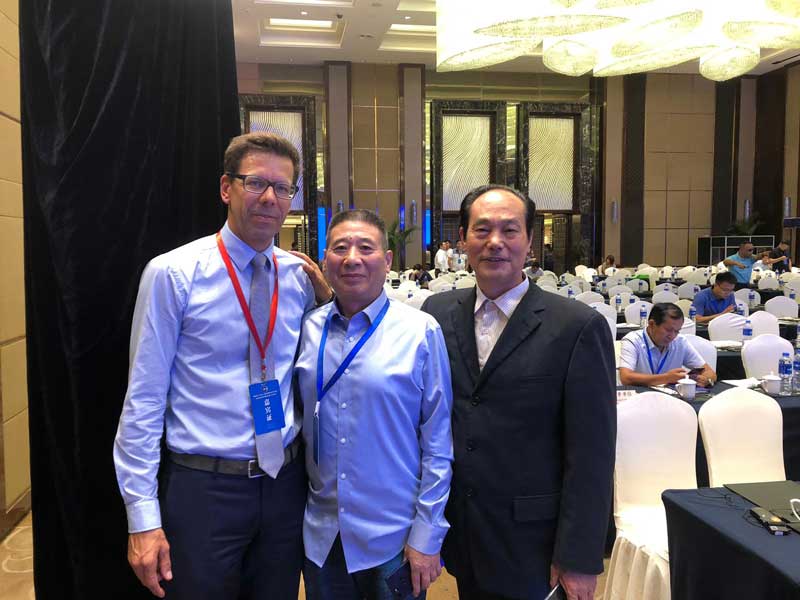 Lu Dongsen from CTRA pinpointed that the association saw a need to use secondary sources for tire and rubber production. He stresses that currently there are several major obstacles in the sector: access to the market; tire recycling system itself and system’s oversight and standardization, accessing downstream application market.

Added to that, there are regulatory hurdles, too. For instance, high-quality retreaded tires aren’t allowed for use on school buses. While the industry is trying to promote tire retreading in sectors devoid of strong governmental control, CTRA continues lobbying new legislations. Gradually, this market advances, CTRA says, and retreaders are step by step building up consumers’ trust. CTRA helps design and build information systems which allow tracing deficient retreaded tires to identify their manufacturing facilities in case of accidents, thereby enhancing trust by the public and the government. Still, retreading remains a nascent sector – only some 5% of tires in China are retreaded.

Wang Wenyuan from the Ministry of Industry and Information Technology elaborated on new policies of Chinese government where environment and energy conservation play an utterly important role. The delegate mentioned that rubber remains a strategic resource for China, whereas the country hold position of a robust rubber producer and consumer – only about 30% of synthetic rubber is imported. The delegate also noted that he saw tire pyrolysis as the key technology in the future of the industry, whereas ambient tire recycling and rubber reclaim manufacturing will gradually come to flourishing, too. The industry in China, according to Wenyuan, expects to integrate down- and upstream technologies.

In addition, Mr. Wenyuan noted that China had used to run reclaim production in excess capacities, which had been intentionally lowered over time. Citing Chinese government, the speaker asserted that reclaimed rubber remains one of the most important resources, highly prioritized by the state. Still, concerted efforts by the industry members are needed to improve state of affairs in the sector. For example, rubber devulcanization remains one of the hot topics. According to Wang Wenyuan and Zhang Liqun, there are nascent trends of premium production development in reclaim / devulcanized rubber. Furthermore, they noted that reclaimed rubber enjoys tax refund policy in China, as it is one of the official raw materials for Chinese rubber industry, together with natural and synthetic rubber. The government puts pressure on the industry to reduce emissions and mitigate energy use, make processes continuous and automatic, improve properties of reclaimed rubber, causing lower labor cost and a safer work environment.

In a separate section, CTRA and other delegates elaborated on thermal treatment of end-of-life tires – pyrolysis. The association predicts that the technology has a bright future ahead, but makes it clear – environmental protection is the key. Discussing up-to-date technologies, CTRA points out that batch reactor types remain rather popular today despite their low efficiency. New developments are needed, costs need to be reduced and the industry should pursue a fast-paced transition to smart manufacturing. As regards to products, one faces same challenges and questions as in OECD states, namely how to improve rCB quality and how to stabilize and desulphurize fuel oil. Given the success the industry has seen during the last 10 years, China sees potential in the industry, even though it yet has a long way to go.

All this shapes a bright picture of the tire recycling industry in China. Given the leap the country has made over the last 10 years, it is very likely for the state to keep on advancing at accelerated speed. This should as well involve technology suppliers from China and open a new window of opportunity for them to supply tire recycling and pyrolysis technology overseas. At the same time, China welcomes foreign expertise to build and further streamline waste management system for ELT, adopt foreign expertise in adding value to recycled rubber and purchase up-to-date know-hows.